The location of Maemi fortress is Bokhang-gil, Jangmok-myeon, Geoje city, Gyeongsangnam-do.
This castle was built due to “2003 Typhoon No. 14 Maemi”,,,,,, 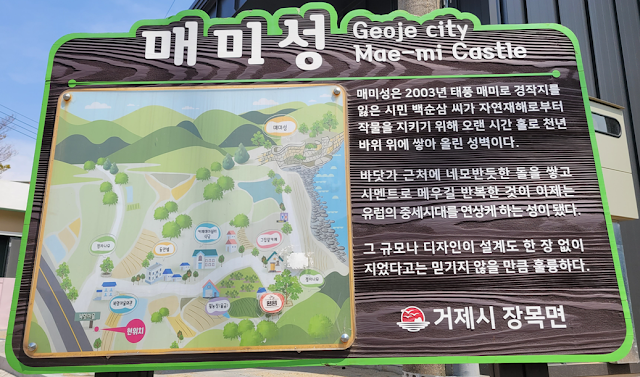 Geoje City Maemi Castle is a wall built alone on a millennium rock for a long time by Baek Soon-sam, a citizen who lost his arable land to Typhoon Maemi in 2003 to protect crops from natural disasters. The repetition of stacking square stones near the seaside and filling them with cement has now become a castle reminiscent of the medieval era in Europe. The scale or design is so wonderful that It's unbelievably great that it was built without a single design plan.
Jangmok-myeon, Geoje city 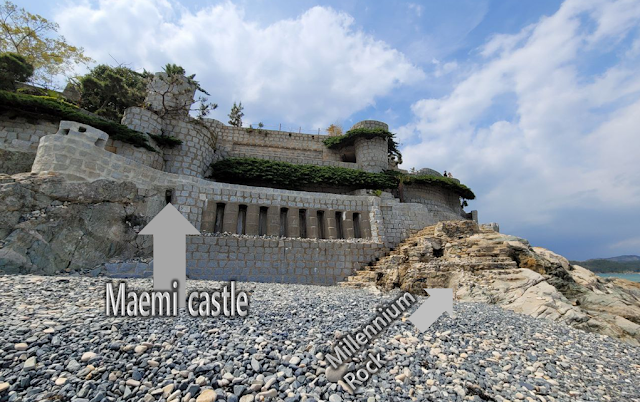 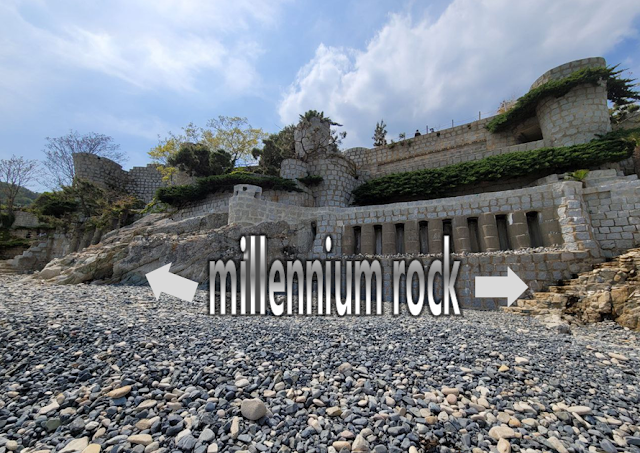 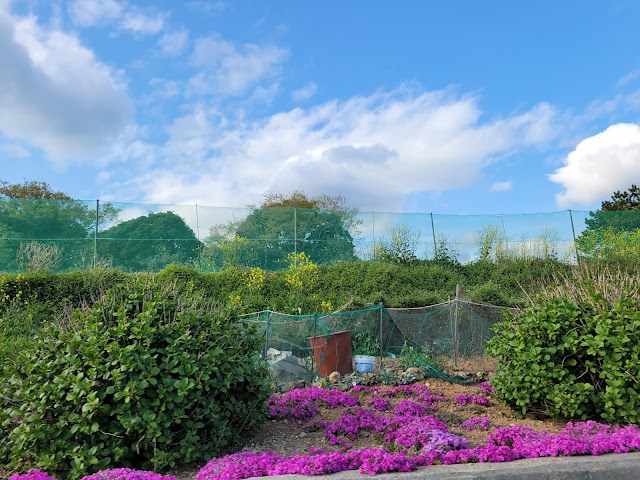 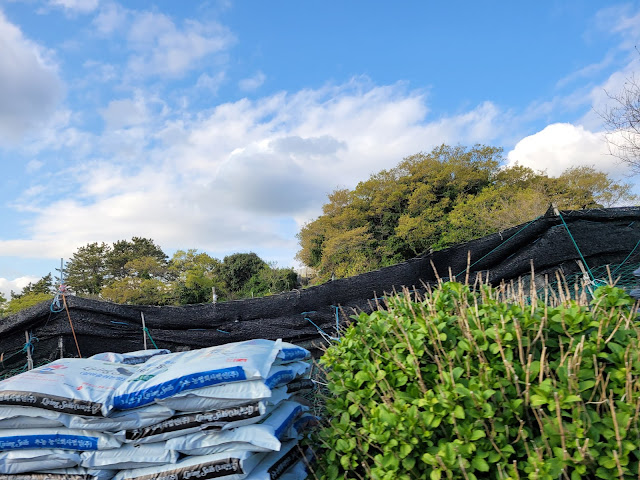 And Maemi Castle is still being built. 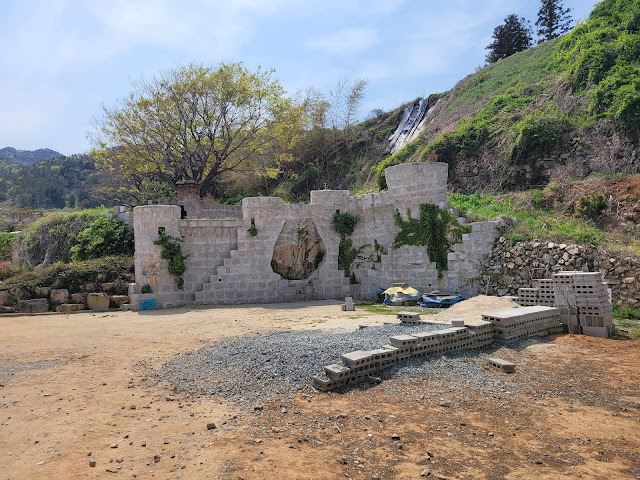 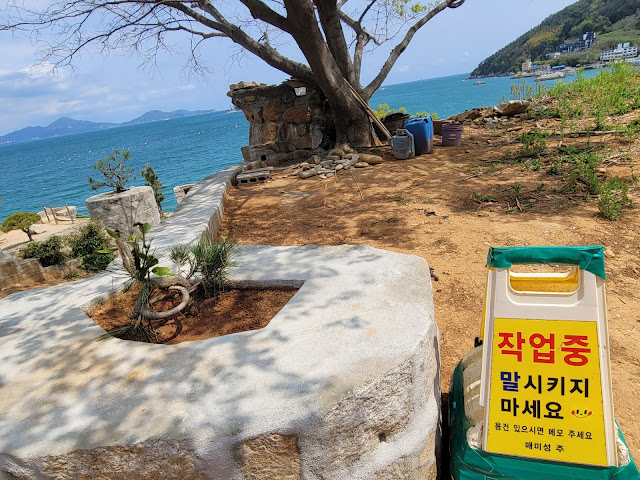 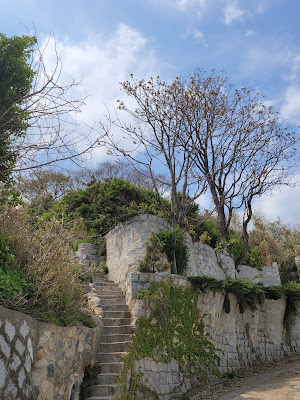 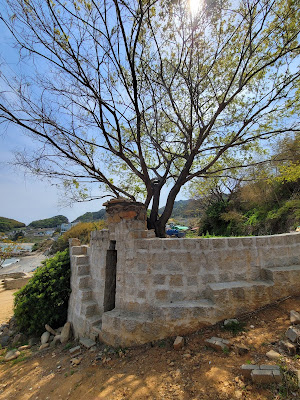 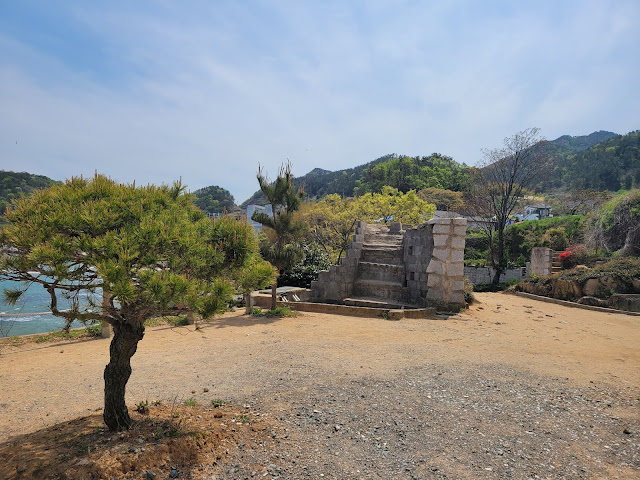 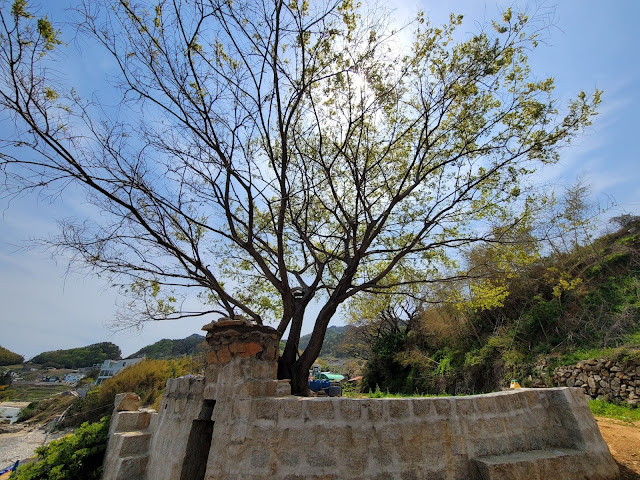 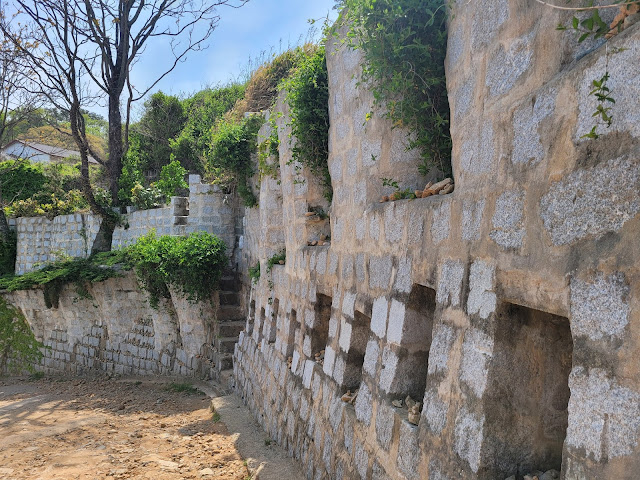 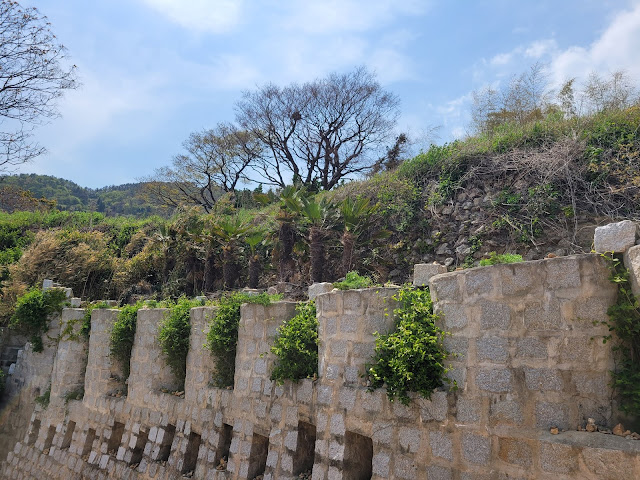 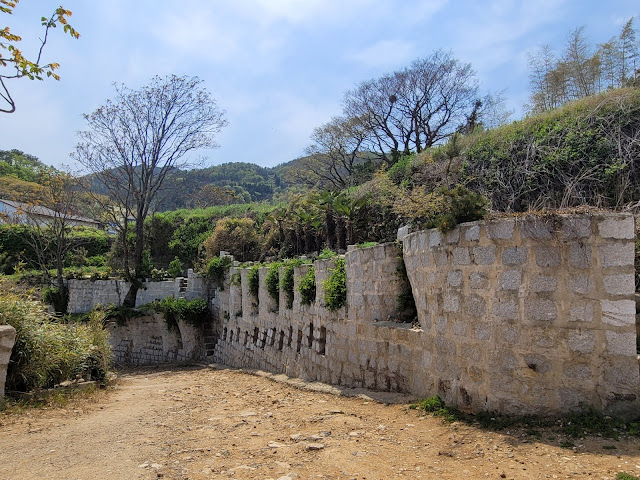 It is a strong and sturdy Maemi Castle that I can't believe that Mr. Soon Sam Back built it alone. 👍
And the pictures below👇 are pictures of the seascape taken from the Maemi Castle. 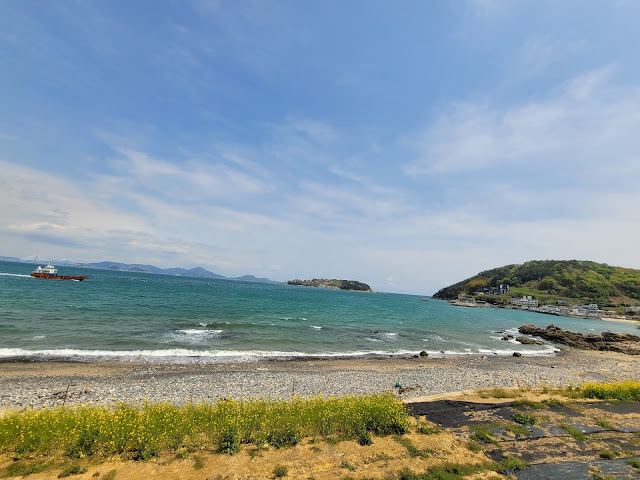 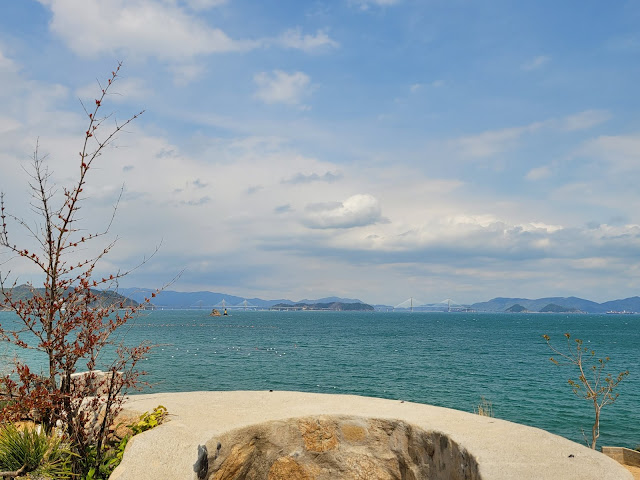 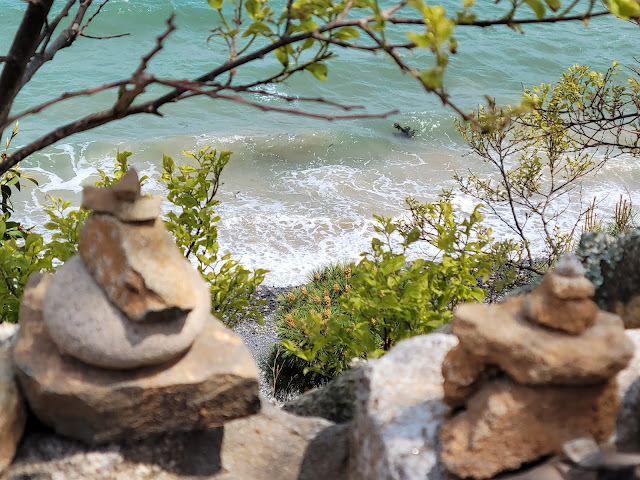 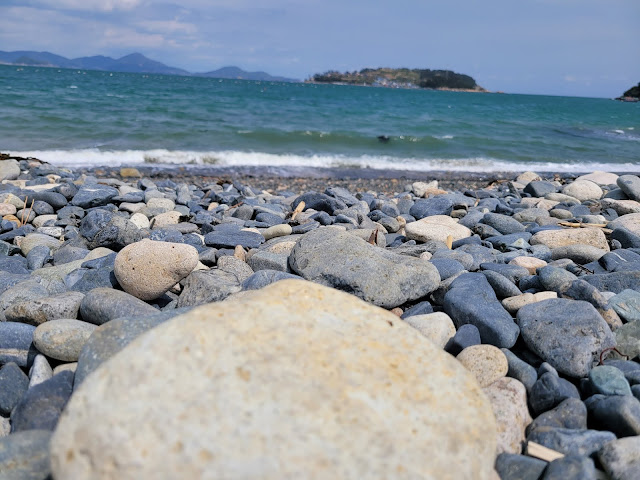 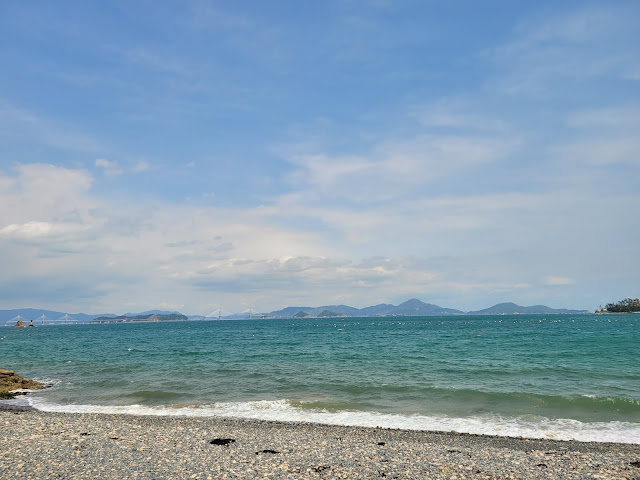 Do Not Pick Pebbles.
Return the Mongdol(Korean name of Pebbles) to the Maemi Castle, please.
Posted by dynamicpeace at 06:58