HWPL True Peace Story, This Book is Not...

This book of HWPL peace is no one can imitate.
A big two thumbs up, this book, for dynamic world peace.
-About the true Story of HWPL, peace and cessation of war-

The True Peace Story of HWPL:
Peace and Cessation of War

The True Peace Story of HWPL, this book is not about what has passed,
but it is about the present reality and not just a picture book. 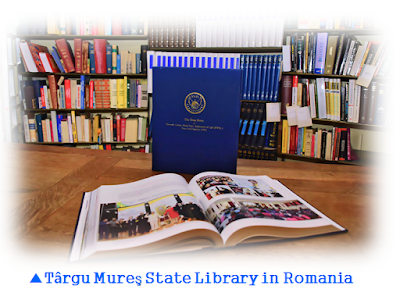 The True Story of HWPL this book contains the work of peace the seven peace messengers (HPWL, IWPG, IPYG) have done throughout the world. 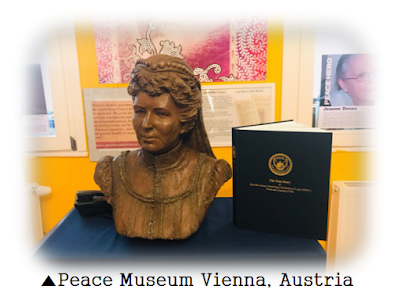 The True Story(Peace and Cessation of War) of HWPL, in this book, you will see some of the people that they have met, what work they did, what they results were and what they will be doing. 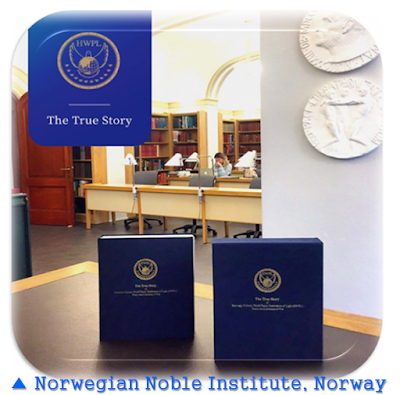 You will also see how politicians, members of society and religious people responded to their work. 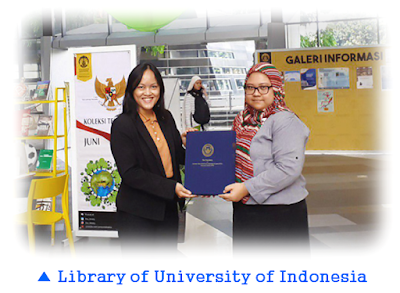 Additionally, you will see what the possibilities of peace, cessation of war and alliance of religions are how each school in each country reached and what the media reports are. 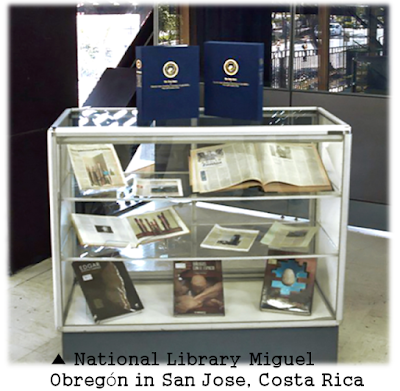 It will also show the activities of the messengers of peace and how each nation is accepting it.

I would like to ask those who read this book: if you experience certain feelings, needs, or feel that there are some things you want to change, please send us an e-mail.

If you world like to see video footages of some of the things our peace messengers are doing, please contact us by e-mail as well.

The purpose of the work recorded in this book is to cease all wars and leave an eternal legacy of peace to future generations.

The work of the messengers of peace and this book will be an eternal light in history. 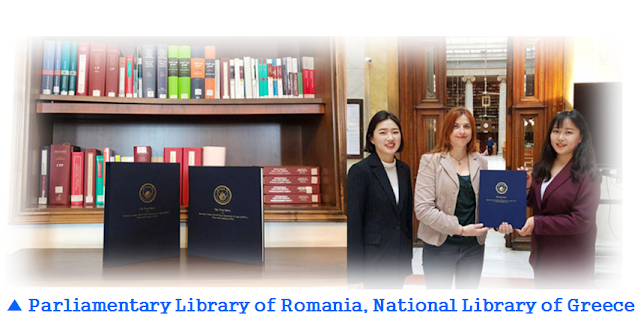 Posted by dynamicpeace at 07:49 No comments:

I asked myself these questions~

How far has peace come to us?
How far have we come for Peace?
Where are we on that?

Can you answer these questions?

The True Story of HWPL
Peace and Cessation of War

[A Symbol of Peace Education]

"The true story of peace and cessation of war" opened to the public in 195 countries
This book of HWPL can be considered a symbol of peace education, a history fragment for the 21st century.

As of August 2019, a book named "True Story of HWPL Peace and Cessation of War" with the record of peacebuilding efforts by millions of global citizens and social leaders has been displayed in public institutions including libraries, schools, museums in 195 countries.

The thick 800 pages of this book describe how the world becomes one for peace. The description and photos of peacemaking efforts with the collaboration of civil society and national leaders from different fields - politics, academia, media, women, youth, religion, education and many others - are introduced as a collective will for the cause of global peace.

According to HWPL the publisher, the purpose of this book is to implant the values and spirit of peace that lead "every individual to become a messenger of peace."

Chairman Man Hee Lee of HWPL who experienced the war as a war veteran prefaced the book by saying "We have worked together with all our hearts and strengths to achieve world Peace and cessation of war transcending all borders of nation, ethnicity, and religion. Let us all become messenger of peace and leave peace as an everlasting legacy for future generations. Our work of peace will shine as an eternal light in history."

The book also appeals to readers with a unique approach to peacebuiling in a way that peace can be safeguarded as culture, rule of law and recognition. As proposed by HWPL, international efforts for peacebuiling have been sought through the establishment of an international law addressing responsibilities for states to secure peace, inter-religious dialogues to promote the reconciliation of the current conflicts caused by different worldviews and the introduction of peace education through school curriculum and government policies.

Along with these initiatives in the book it says building peace monuments and setting a peace memorial day are examples of spreading a culture of peace to devise an environment of furthering civic awareness of peace.


The book "True Story of HWPL Peace and Cessation of War" is now available in schools, libraries and government offices to the general public in 195 countries around the world, including the Nobel Peace Institute Library in Norway, Library of National Assembly of Togo, Library of University of Indonesia, National Library of Ukraine, Panama National Canal Museum, Nepal National Library.

Posted by dynamicpeace at 14:33 No comments:

✐ Legislate Peace ☮
Implementation of the DPCW for Sustainable Development

The WARP Peace Summit of the 2019,
this year, HWPL will share the achievements of the past year, which was focused on solidifying peace networks in various fields, and provide a more detailed direction for the advancement of the realization of world peace.

The 2019 World Peace Summit, 5th Anniversary of the WARP Summit will be held under the theme 'Legislate Peace m Implementation of the DPCW for Sustainable Development' from the 18th to the 19th of September for a total of 2 days in Seoul, South Korea.

The WARP Peace Summit has been held annually since 2014, providing a platform for leaders in politics, religion, youth and women's groups, the press and media and civil society form around world to discuss the ideas and practices required to achieve peace, which is a common goal for the entire global community.

This year, we will share the achievements of the past year, which was focused on solidifying peace networks in various fields, and provide a more detailed direction for the advancement of the realization of world peace.

For this purpose, there will be events held in around 200 cities in 110 countries around the world with the goal of establishing a universal standard and international order that can be applied across the globe and enacting an international and legally binding law for peace. One of the core principles of peace, the spreading of a culture of peace as presented in the Declaration of Peace and Cessation of War (DPCW), is now gaining popular support and expanding into a global peace movement.

HWPL, along with world-renowned international law experts and scholars from various fields, proclaimed the DPCW on March 14, 2016 with the aim of creation an internationally legally binding instrument that world bring a complete and to the caused of war and armed conflict.

The 10 articles and 38 clauses of the DPCW is a comprehensive documentation of the principles of peace that are required in this current era through an inclusive approach to ban, prevent and resolve conflicts.

This DPCW aims to ensure the realization of true peace and that is value can be taught to the next generation that will lead global community through the key principles of ensuring the freedom of religion and ethnic diversity from the military security and politics and spreading a culture of peace through peace education.

The DPCW, a comprehensive document that clarifies  the role of the members of international society to prevent and resolve conflicts is in the process of being introduced to the UN as a draft resolution.

As a part of the process, HWPL and its affiliated youth organization, IPYG are promoting the "Legislate Peace" project worldwide, which has since gained support from 1.5 million citizens from 195 countries through supporting signatures and peace letters written to their respective national leaders.

The "Legislate Peace, project is a comprehensive cooperation campaign carried out around the globe in support of the core principle of peace contained in the 10 articles and 38 clauses of the DPCW becoming an international legally binding document that can be applied not only within individual societies but on an international level within the global community as a whole.

In order to achieve the global community's shared goal of ending war and achieving world peace, this year's ceremony will share specific examples of implementation within each area of the project and discuss future plans. 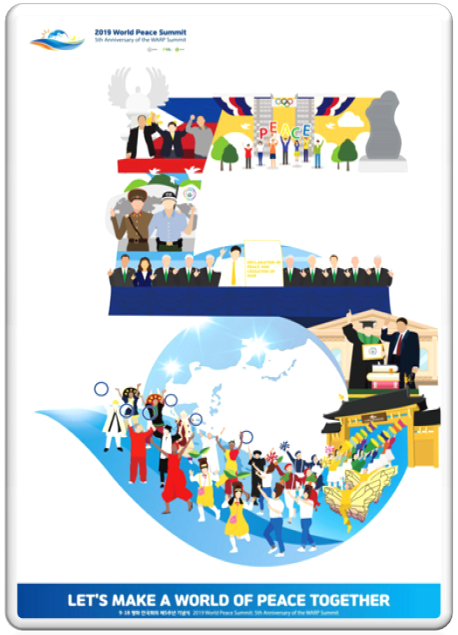 Posted by dynamicpeace at 10:51 No comments: