Our Peace Letter and World Peace! 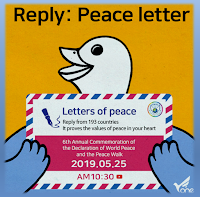 Our desire for peace is overwhelming with peace letters~!

📔Let's have read and understand this through webtoon~! 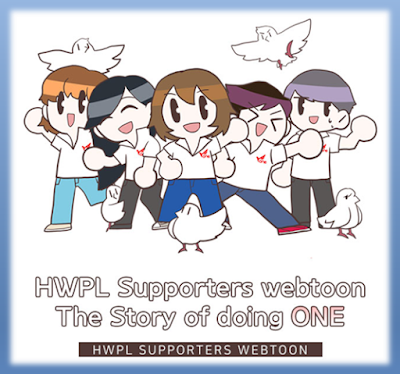 The Story of doing One
- Episode 1-

~May is bright and we are writing peace letters~ 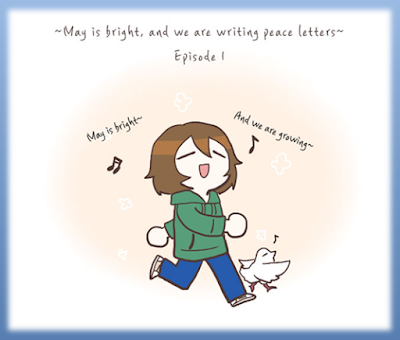 May is bright~ ♬
And we are growing~♪ 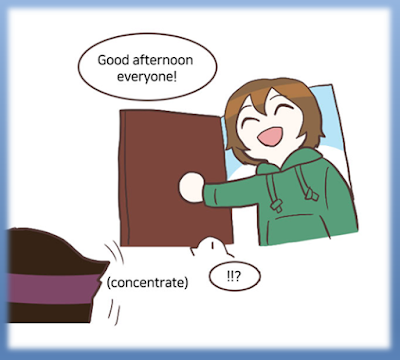 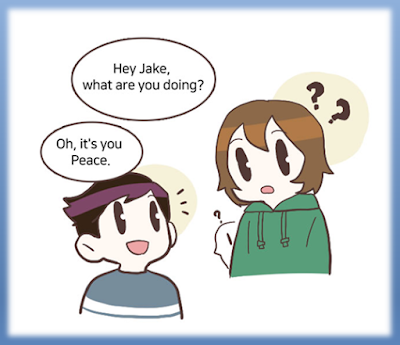 Hey Jake, what are you doing?
Oh, it's you peace. 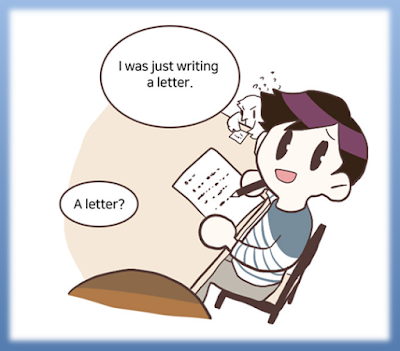 I was just writing a letter.
A letter? 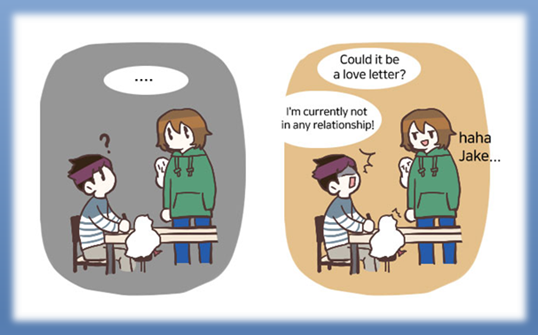 Could it be a love letter?
I'm currently not in any relationship!
ha ha Jake ... 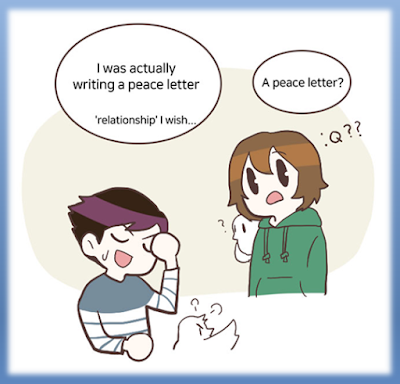 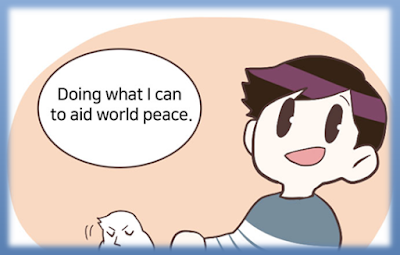 Doing what I can to aid world peace. 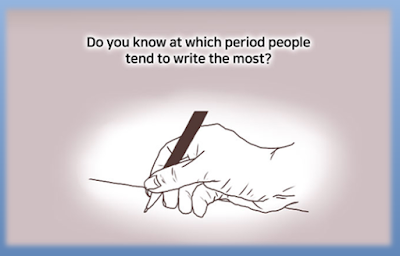 Do you know at which period people tend to write the most? 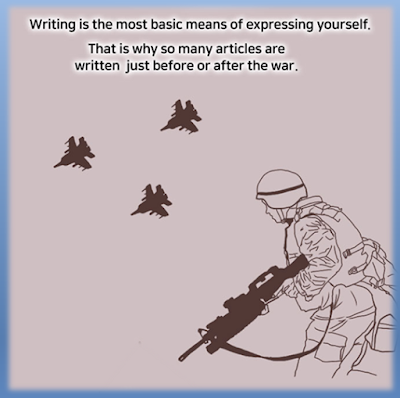 Writing is the most basic means of expressing yourself.
That is why so many articles are written just before of after the war. 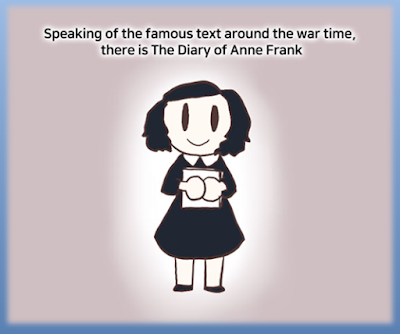 Speaking of the famous text around the war time, there is the Diary of Anne Frank. 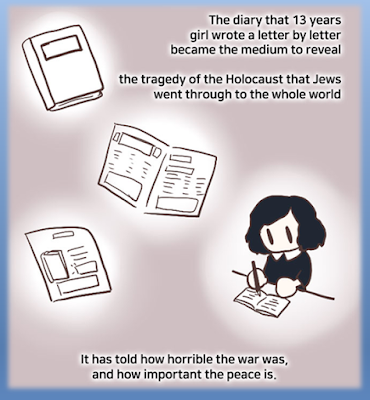 The diary that 13 years girl wrote a letter by letter became the medium to reveal the tragedy of the Holocaust that Jews went through to the whole world.
It has told how horrible the war was, and how important the peace is. 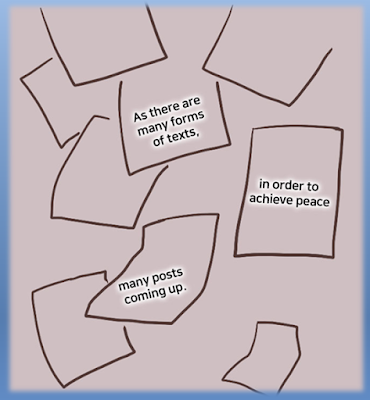 As there are many forms of texts, in order to achieve peace many posts coming up. 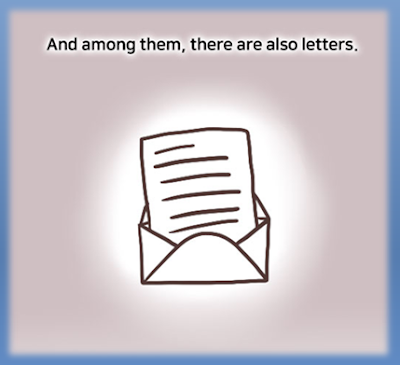 And among them, there are also letters. 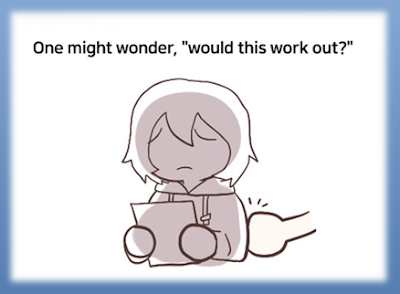 One might wonder, "For world peace, would this work out?" 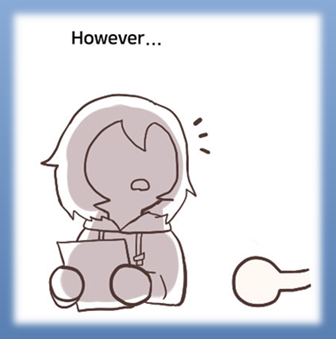 Posted by dynamicpeace at 21:17 No comments:

Press the play button, and you will take part in "525 peace walk"~♥

☮From Victim of War to the Leader of Peace☮ 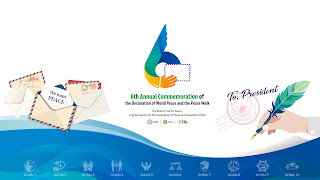 We cannot claim to desire peace and continue to provoke one another, causing conflict for the sake of valuing our own national interests above those of others. This will only take the lives of the youth, washing them in the futility of war. This is not a legacy we can leave to future generations.

What is the Ceclaration of Peace and Cessation of War (DPCW)?
Click image~ʘ
Special Edition about "DPCW" 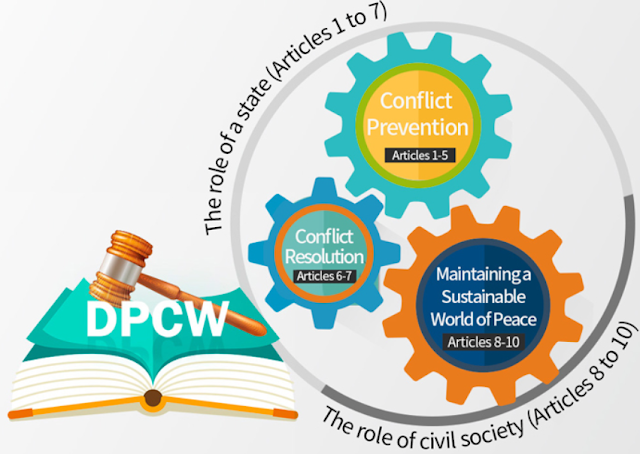 With 30,000 youths from all over the world present, the Declaration was announced on 25 May, 2013 by an international peace NGO called Heavenly Culture, World Peace, Restoration of Light (HWPL) in Special Consultative Status with the UN Economic and Social Council (ECOSOC) and associated with the UN Department of Global Communications (DGC).

Chairman Man Hee Lee of HWPL, a war veteran, stated the background of proclaiming the Declaration of Peace and Cessation of War (DPCW). "We cannot claim to desire peace and continue to provoke one another, causing conflict for the sake of valuing lives of the youth, wasting them in the futility of war. This is not a legacy we can leave to future generations."

The Declaration addresses the value of shared effort of all members of society as they work as peace messengers. It includes principles such as that the heads of each state to sign an international agreement, a commitment to bring all wars to an end that all youth to unite in an effort to stop was and pursue the restoration of peace and that the media to report responsibly and promote a message of peace to the world