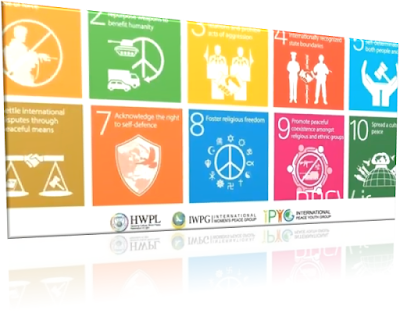 Have you thought about World Peace?
DPCW is Solution for World Peace.
We are the messengers of peace born in this era with the mission to build a peaceful world and to leave it as a legacy to future generations.
Let us fulfill this duty by putting in concerted efforts to submit the Declaration of peace and Cessation of War, DPCW in the form of a resolution to the UN, so that it can be implemented as international law to achieve true peace across the globe.


The Declaration of Peace and Cessation of War(DPCW), consisting of 10 articles and 38 clauses, proposes a solution aimed at ceasing wars and guaranteeing peace.

It was drafted by the HWPL International Law Peace Committee and proclaimed by HWPL, which became associated with the UN Department of Global Communications (DGC) and Economic and Social Council (ECOSOC) in 2016.

Since that time, Chairman Man Hee Lee of HWPL has been introducing the DPCW(new international peace law) by visiting various countries around world throughout its 31st World Peace Tours.

I hope this talk world create a new future and form a peaceful world.
We know that everyone wants peace and the end of war.
haven't seen anyone who wants war. When we achieve peace, our future generation will remember us forever