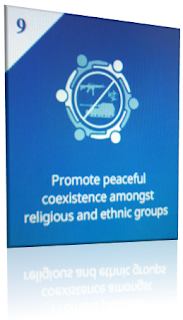 
1. State should engage in multilateral consultations to deal with situations where differences attributable to religion or ethnicity pose a threat to peace so that necessary remedial action may me taken and to identify the root causes of a situation causing tension between different religious or ethnic groups, in order to adopt necessary measure to promote  mutual understanding between the groups concerned.

2. State should take measure to ensure that religious belief or ethnic identity are not utilised as a pretext for gross and systematic acts of violence, In circumstances where individuals or groups perpetrate or assist in such acts in the name of their religion, state should take adequate measure that lead to the prosecution and punishment of such activities.

3. Recognizing the threat to peaceful coexistence that violent religious extremism may cause, state implement, in good faith, legal measure against individuals or groups attempting to perpetrate or assist in gross and system acts of violence in the name of religion. Such measures should, in extreme cases, include the proscription of faith groups - including sects or cults - that perpetrate acts of violence against the territorial integrity and political independence of any state. 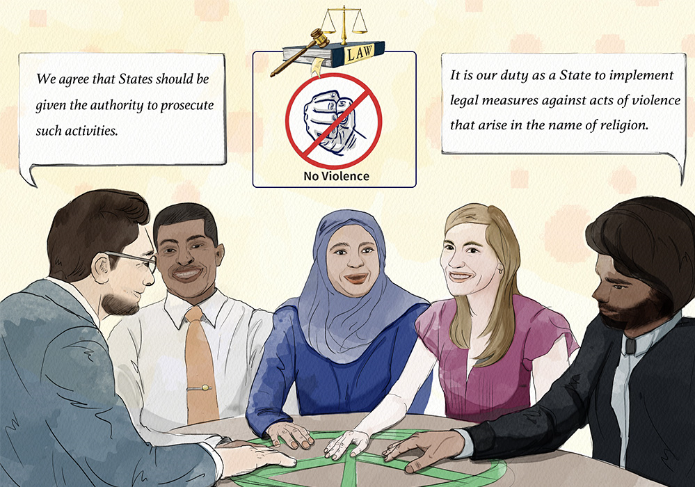