1. The duty of every state to refrain from the threat or use of force against the territorial integrity or political independence of any other includes the duty not to engage in any action that would result in the dismemberment of any state,or force the secession or annexation of any territorial unit from that state.

2. Subject to the right to self-determination of peoples, states shall not engage in any intervention that seeks to divide or separate a state in a manner that is contrary to the rules of international law.

3. Every state has the duty to refrain from prematurely recognizing an entity  that has purported to secede from another state, until such a time as the latter entity has developed the necessary attributes, capacities and legitimacy to function as a state.

4. Subject to the provisions of the present article, State should encourage identifiable nation-states that have been divided by longest external or historical factors to engage in co-operation and dialogue. State should ensure that divided peoples are provided with their right to self-determination inter alia, measures which may result in unified government.

5. Any political system in which power is exercised in perpetuity by an individual or regime a manifest denial of the right to self-determination should be condemned.


DPCW, 2nd Annual Commemoration of the Declaration of Peace and Cessation of War 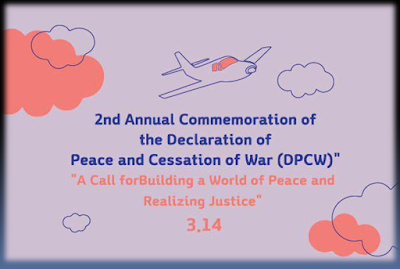 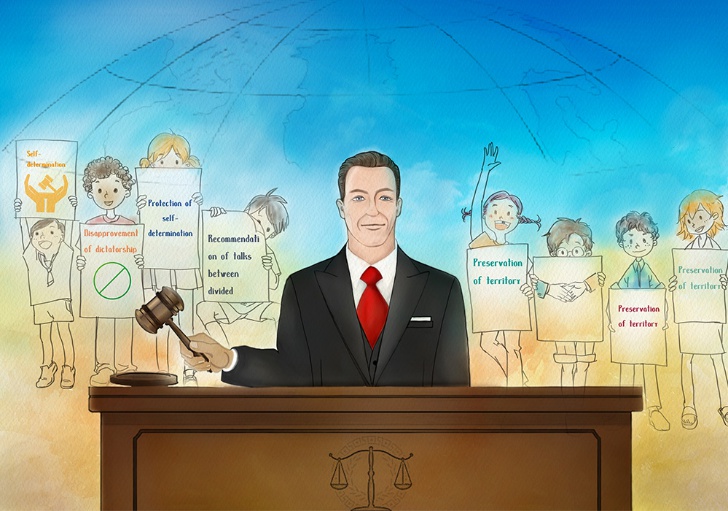 Email ThisBlogThis!Share to TwitterShare to FacebookShare to Pinterest
Labels: 2nd Annual Commemoration of the Declaration of Peace and Cessation of War, Article 5, DPCW, HWPL, Peace Law