1. In accordance with United Nations General Assembly Resolution 2625 (XXV), every State has the duty to refrain in its  international  relations from military, political, economic, or any other form of coercion aimed against the territorial integrity or political independence of any State, or in any other manner inconsistent with the purposes of the United Nations.

This is without prejudice to instances when such forms of coercion may be lawfully applied, inter alia, to induce states to cease internationally wrongful acts, or when sanctioned by the United Nations Security Council.

3.Every states has the duty to refrain from any act of incitement, planning, preparation or commission of an act of aggression by a state, a group of states, an organization of states or an armed group or by any foreign or external entity, against the sovereignty, political independence and territorial integrity of any State.

✈ HWPL Tour ✈
2nd Annual Commemoration of the Declaration
of Peace and Cessation of War (DPCW)
3.14 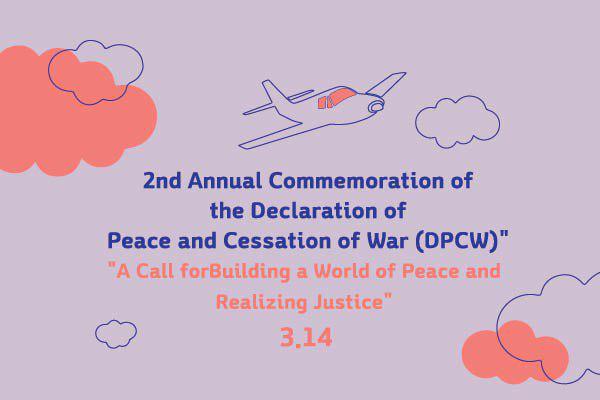