Steps to peace which chairman Lee Man Hee from HWPL and his delegation of peace proceeded 24 times of touring in 4 years shows amazing schedule and outcomes.

Even though it was private non-profit organization, they’ve met former•incumbent president including political, religion, women and youth group leaders, jurist and press. 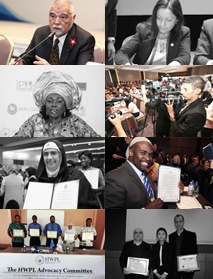 Also, Man Hee Lee, he was invited to national assembly of each country (including South Africa, Rumania and Rome) and UN conference and gave speech.

There were unbelievable outcomes ongoing such as leaders from 14 million of Rom, 14 million of Inca and 12 million of Mayan have signed up for peace agreement.