The chairman Man Hee Lee of Heavenly Culture World Peace Restoration of Light (HWPL) has called upon people of the world to join hands in their fight against wars.

“If you really love peace, your country, and your people, please cooperate with us and sign the petition for Cessation of War, World Peace, and Restoration of Life written international law,” HWPL Man hee Lee world peace advocate was quoted in a press release issued by his organisation.

“There have been the international law advocacy committees all over the world comprised of  youth, women, and celebrities who desperately want to introduce an international law to the UN to ban any war,” HWPL statement said.

“One hundred and fifty seven countries have done it in both online and offline in two months,” http://www.peacelaw.org/ claimed. 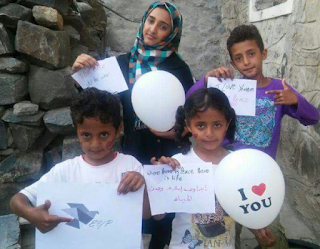 “The reason for this project is to stop the valuable sacrifice of the youth under a strong law against many kinds of conflicts and wars around the world. Another feature of it comprised of ten articles and 38 clauses is that there are two articles about religion and one article about a culture of peace,” it said.

“When war breaks out, the youth fights and is killed. How can it be compensated?” Mr. Man Hee Lee said to buttress his demand for a law against wars and conflicts.

“So far there were six pledge ceremonies of support for the establishment of international law in Iraq. About 3,000 people gathered and had the peace march in Baghdad, Basra, Diwaniyah, Kut, Maysan, Nasiriyah, and Samawa. The youth and women who yearn for peace in a refugee camp obtained 130,000 signatures just in a day even though they are in danger,” HWPL said.

On May 25 the organisation held the third annual Commemoration of the Declaration of World Peace and the Peace Walk in about 100 cities, including in Seoul, New York and Shanghai, besides several cities in the Middle East.

“It raised awareness about peace and made all the people want it,” HWPL said.