In the name of Religion

In the name of Religion 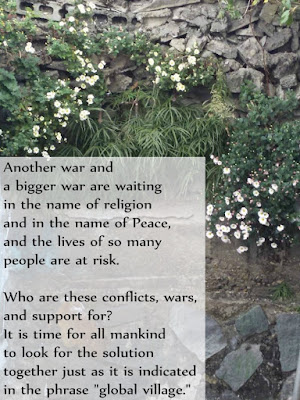 As the civil war of Syria continues for a prolonged period, the religious conflict between Shiah Islam and Sunni Islam has escalated.  The Syrian government under al-Assad, which belongs to a group of Shiah Islam, has been supported by ally nations such as Russia, China, Iran, and Hezbollah of Lebanon. The rebel forces are supported by the U.S., other Western nations, and Saudi Arabia where Sunni Islam originated from.
As IS, which is the armed group of Sunni Islam, took over the eastern borders of Syria, the war there has become even more complex.

To make matters worse, last October, Russia and Iran participated directly in the civil war to support the armed forces under the government.
As a result, it is only a matter of time before there is military intervention by the U.S. and other Western nations.
The civil war in Syria could very much become an international war.

The movement called Arab Spring, which began in April 2011 as a civil revolution to overthrow the forty-year dictatorial government of al-Assad, became a civil war between the armed forces of the government and the rebel forces.
Furthermore, due to a religious conflict between the Shiah and the Sunni groups, it has escalated into a religious war as well.
Five years have passed and today, in the name of peace and justice, nations are getting involved for political, economic, and militaristic gains leading to an international war.

Who are these conflicts, wars, and support for? It is time for all mankind to look for the solution together just as it is indicated in the phrase "global village."
Let us not forget the truth expressed in the passage,
"Those who rake up the sword shall perish by the sword."