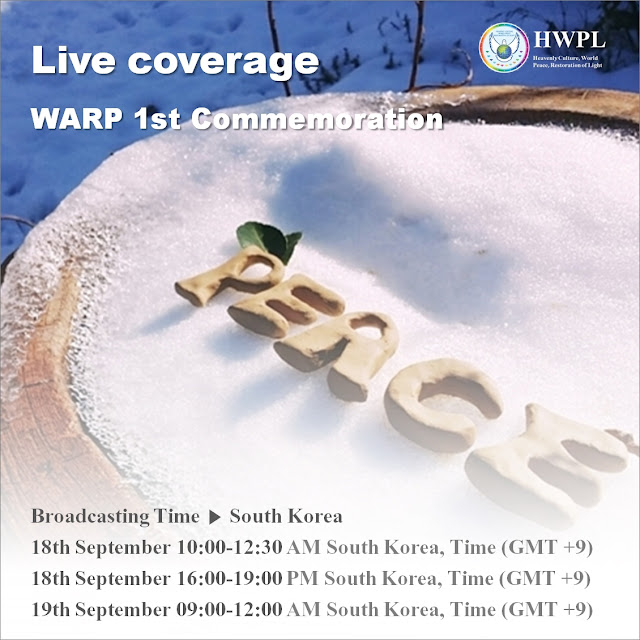 
On September 18th 2014, Heavenly Culture, World Peace, Restoration of Light (HWPL) made splendid achievement of unprecedented signing ceremony for ‘Proposal to enact an international law for the cessation of war’ and ‘Unity of Religions Agreement’ during the World Alliance of Religions’ Peace (WARP) Summit in Seoul, South Korea.

2015, this year marks the first annual commemoration of the WARP Summit. While last year’s Summit was hosted a variety of in-depth peace discussions, this year’s Summit will see the presentation of the first draft of the Convention on the Renunciation and Cessation of War and International Armed Conflicts prepared by HWPL’s Peace Advisory Council including heads of state, Chief Justices, and high officials of UN. HWPL’s grassroots peace-building activities will also be highlighted.

Such proclamation will also officially mark the beginning of calling on world leaders to endorse the full implementation of the convention.

The peace in which HWPL has been working has been amazing