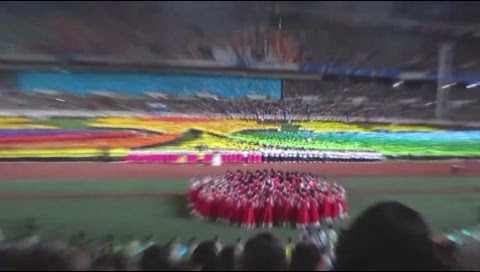 "Arirang" is a Korean traditional folk song designed as the Intangible Cultural Heritage of Humanity by UNESCO in 2012. It is known as "the world's folk song" with its beautiful melody that moves the heart of anyone who listens to it, transcending different cultures and nationalities.

All, the participants HWPL members could sing along to the lyrics of fulfilling world peace, sung to a Korean traditional song called, "Arirang".                     - on the spot WARP day1, Arirang classical dance

-the mean of Arirang lyrics
Arirang, Arirang, Arariyo... Crossing over Arirang Pass
Dear who abandoned me [here] Shall not walk even ten before his/her feet hurt
After passing over seven hills, we will enter into a peaceful new world.