The Horse Hauls in the Peace 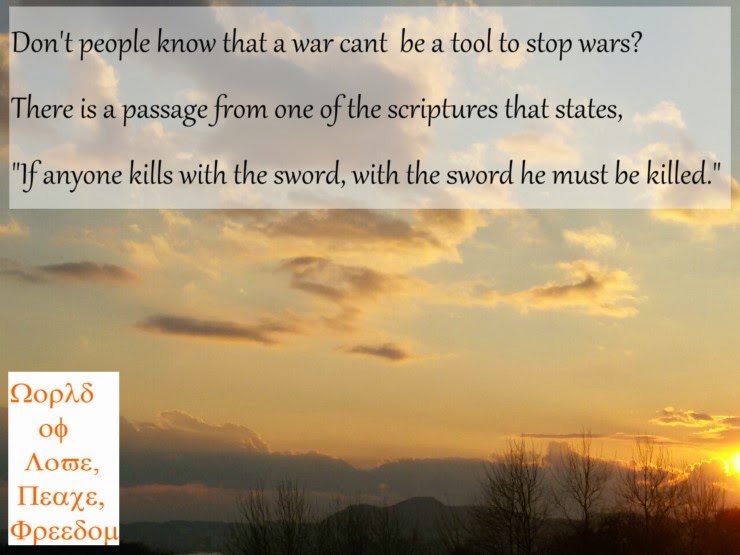 The Blue Horse Hauls
in the Peace

The world was busier than other years and it was a year where there were numerous conflicts and wars. The differences in ideologies, cultures, and religions cause wars, and the Ebola outbreak instilled anxiety and fear throughout the world.

As a result, precious lives that cannot be exchanged with anything in the world had to helplessly die, and people killing people has become a trivial matter in the culture of this generation. 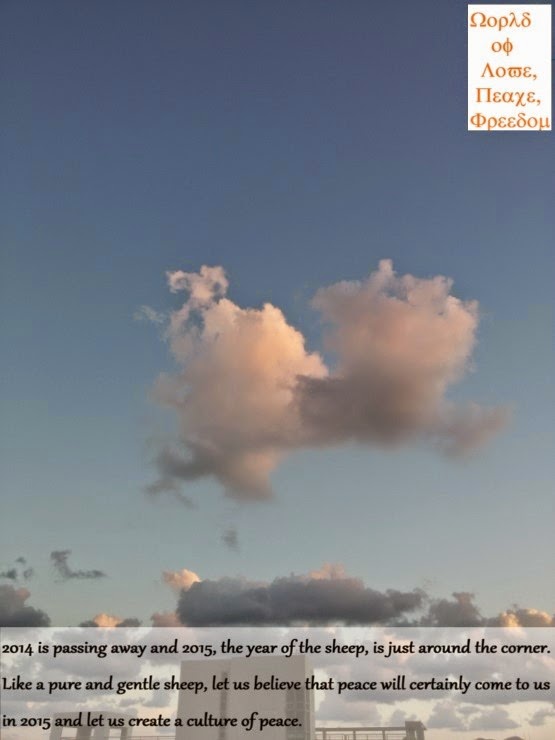 The problem is no one wants to take responsibility for this kind of tragic culture and no one actually can. Furthermore, the greater problem lies in the fact that no one can resolve this problem.

The United Nations (UN) was founded on October 24, 1945 after World War Ⅱ ended.
Its mission was to regulate and solve conflicts and wars so that there would be on more wars in this world. However, it has become nominal.
There is no article or provision that can end wars and an ambiguous concept of peace has continued until now.

Don't people know that a war cant  be a tool to stop wars? There is a passage from one of the scriptures that states, "If anyone kills with the sword, with the sword he must be killed." People need to first recognize the conflicts and wars in the world today is caused by polities (foreign relations) and religions.

Politically, the heads of state must enact and international law for the cessation of wars on this globe and the creation of world peace.
In addition, all the eyes have witnessed that wars are caused by the difference in religions.

Thus, all the religions in this world must be united as one under the creator of the universe and all things. We should not think this is impossible.
If we truly want peace instead of wars, it can happen. If we do it, it will happen.
It is no longer and ambiguous notion of peace. There is an answer to achieve peace.

2014 is passing away and 2015, the year of the sheep, is just around the corner. Like a pure and gentle sheep, let us believe that peace will certainly come to us in 2015 and let us create a culture of peace.
Thank you.