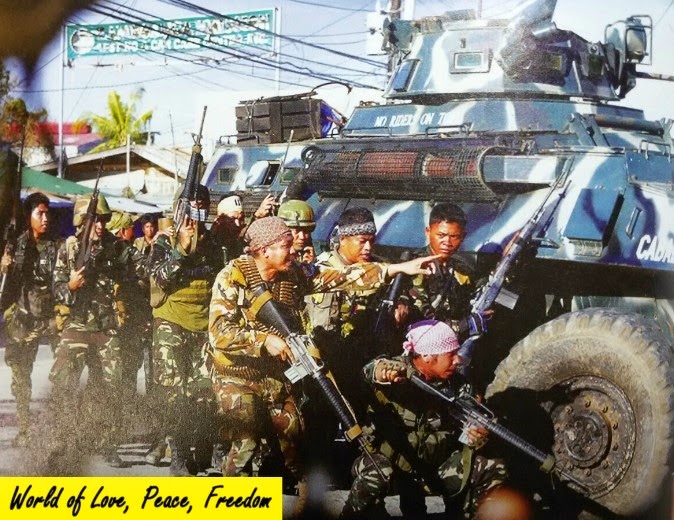 Land of dispute, 'the Flower of Peace', blossomed in Mindanao, the Philippines

Man Hee Lee, A Korean who awakened,
"War is not God's will"

Like a miracle, a flower of peace blossomed in Mindanao, the a Philippines, the land of dispute, which was filled with only the sound of gunshots.

On January 24, a private peace agreement was made in Mindanao, which put an end to  40 years' bloody conflict.

Compared to the blood conflict of Mindanao in the meantime, the private peace agreement is an unbelievable result.
Now, let's view a Korean peace activist, known as the hidden leading role of the process of Mindanao peace agreement and peace agreement, who is receiving international community's attention.
﻿﻿﻿﻿
Like this, a news that an official peace agreement was made in Mindanao, where peace could not come, was conveyed by a foreign press on January 25. And after a few days, a private peace agreement was made on 24, the day before the official peace agreement, and a surprising news was told that the hidden leading role was a Korean. The person was the representative Man Hee Lee of Heavenly Culture, World Peace, Restoration of Light(HWPL), who was known as a peace Advocate. How could Mr. Lee cease 40 years' bloody conflict at once, as the person of the third nation?

Representative Lee Man Hee's visit to Mindanao was made by the archbishop Antonio Ledesma Kagayandre's long time plea, who met Mr. Lee in the Philippines in the last year. Representative Lee, who arrived in Mindanao on January 24~25, proceeded World peace youth walk together with around 1,000 participants including university students of Mindanao state university, members of international youth organization, and the leaders of various religions in the downtown of general Santos in the Philippines, for the first time in Mindanao, transcending religion and nationality.

After finishing walkathon, the participants of the walkathon, i.e. university students of Mindanao state university, each youth organization, mayor, professors, religious leaders of Catholic and Islam got together in a conference room in a hotel in General Santos city. Subsequently, a speech was proceeded with regard to the conflict and peace of Mindanao in order of Femando R. Capalla, the representative of Catholic, ex-archbishop Mindanao Dabao, the representative of Islam, Esmael G. Mangudadatu, Mangwindanao, governor of Mindanao Islam autonomy and representative Lee Man Hee. In this place, representative Lee strongly reproached the leaders of both religions. He pointed out the reality that the religious people who believe in God raise conflicts by naming each other's words and held them responsible. Representative Lee's words, i.e. 'Now we must put down everything and realize peace. Was is not God's will was heard just like God's voice to the audience.

When the peace agreement was made in Mindanao through representative Lee, the bishop of Mindanao parish said that "God answered the prayer for peace." Representative Lee also reveled himself as 'a messenger of peace' who received God's calling to realize peace and appealed to them to participate in the peace movement all together.

Still there is remaining vestige of conflict in Mindanao. However, the representative of women's group, who accompanied representative Lee, emphasized that "Conflict will completely end when this peace agreement was made by what means is conveyed to the whole Mindanao island." Mindanao, the land of conflict and death, where there was no hope just some time ago. In regard to the blooming of 'the flower of peace' in that place after 40 years, no other proper explanation can be found except the expression, 'God answered' the residents' prayer for peace, just as the bishop of Mindanao and representative Lee's words. We sincerely wish that the flower of peace in Mindanao, which bloomed as the fruit of such on time prayer and efforts, will not wither forever.