HOW WOULD YOU INTRODUCE


Korea is a nation that has always loved peace and has done everything in its power top reserve it.

Based on the teachings of Hong-ik-In-gan(in Korean), which means one should “live and act for the benefit of all mankind”, reverence for the Heavens and respect for human life is deeply rooted in the spirit of the Korean people. 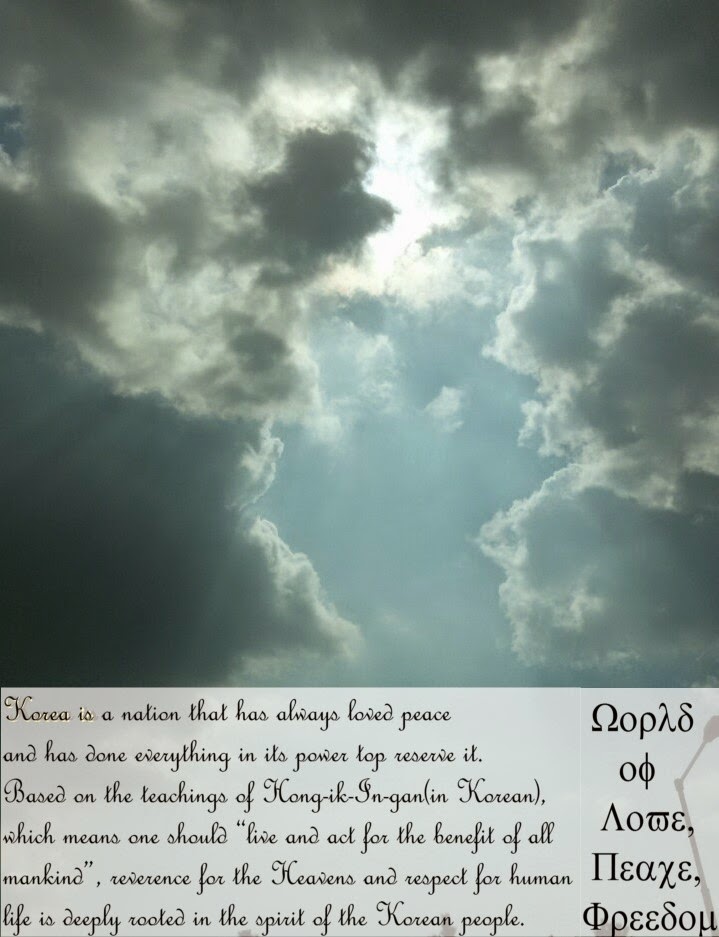 They also learned to put the interests of others first and take care of their younger siblings.

Such an upbringing serves as the basis for an attitude that places the good of one’s neighbor and society above one’s own. It also serves as a foundation for the willingness to sacrifice oneself for one’s country.

Tomorrow will be joined "A Mother’s Love"