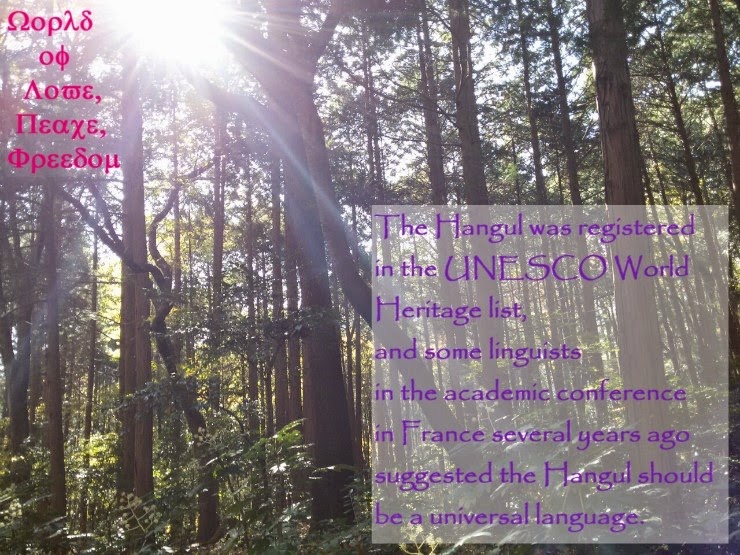 Hangul, The Korean Letter
by the King Sejong
Hangul, the Korean letter system was first proclaimed by the King Sejong of Chosun Dynasty on October 9th, 1446.
At that time the official written language  was Chinese letters about which most common people had difficulties to learn.
Thus the King Sejong decided to make an easier language system, a series of phonetic symbols.
Such that, the Hangul is very scientific and easy to learn.
It consists of 24 symbols of vowels and consonants, which many linguists praise as the best language of the world.
Chinese letters are hard to learn because they are a collection of semantic symbols, an ideograph.
Even though the Japanese letter system is a kind of phonetic one, it can make a complete sentence only with some Chinese letters.
On the other hand 10 vowels and 14 consonants of Hangul can make more than 8,000 sounds.

In this global era, the Hangul is getting more interests from worldwide.
The Hangul was registered in the UNESCO World Heritage list, and some linguists in the academic conference in France several years ago suggested the Hangul should be a universal language.
In addition, many universities and colleges of US and Australia adopted the Hangul as their second foreign language.

It is also recognized that a computer can process seven times more efficiently when using Korean letters than doing with Japanese.
Most Koreans are very proud of this Hangul.
We designated the Hangul Day for the date when it was first proclaimed.
Korea is the only ceremony in the world to celebrate the birth of the language.

How about you learn this language really scientific and easy to learn? 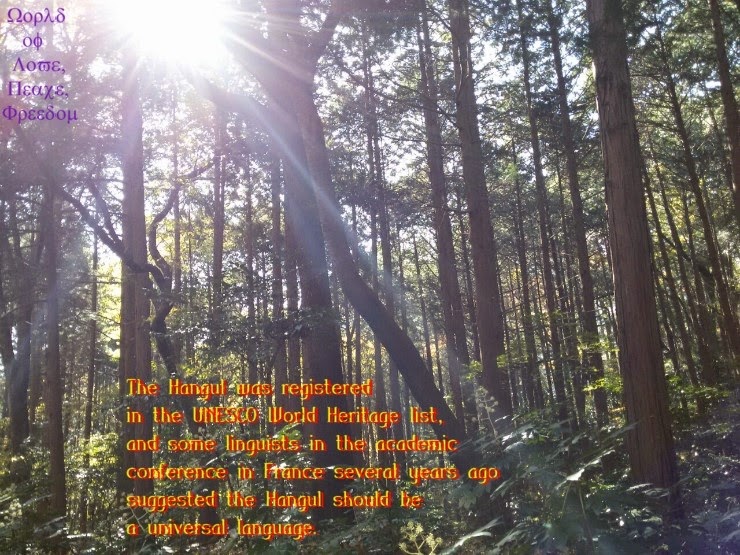