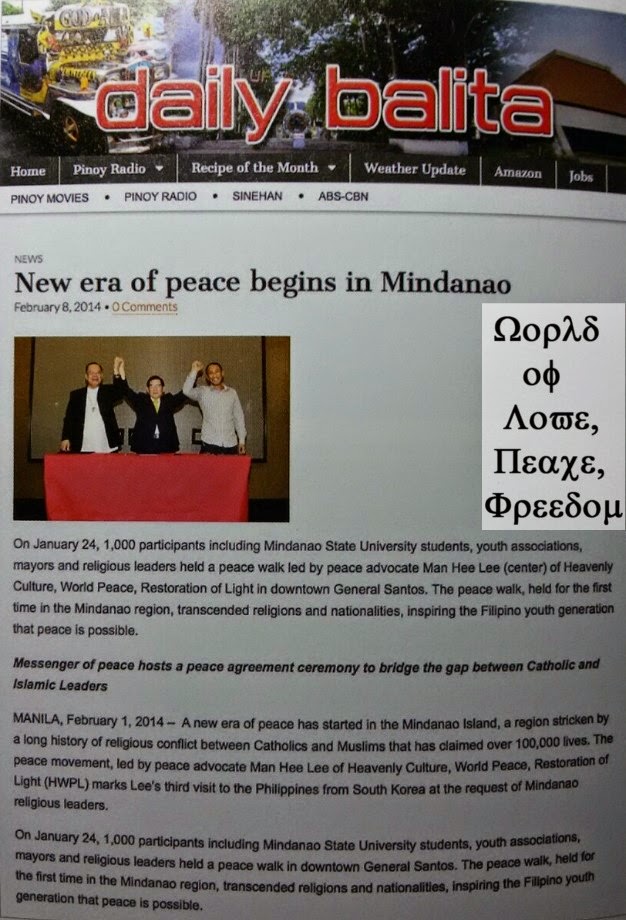 
Part 1. World Peace, talk with results
"A Peace Messenger who moves the world." "The Peace advocate who speaks with results."
That is what the world calls Lee Man Hee, representative of an international peace organization,
Heavenly culture, World peace, Restoration of Light  (HWPL).

During his trip around the world with visits to 16 countries in March and April, Lee has signed peace treaties with world leaders including Hans Modrow, the last Premier of former East Germany and 12 former and current presidents in East Europe and Latin America. 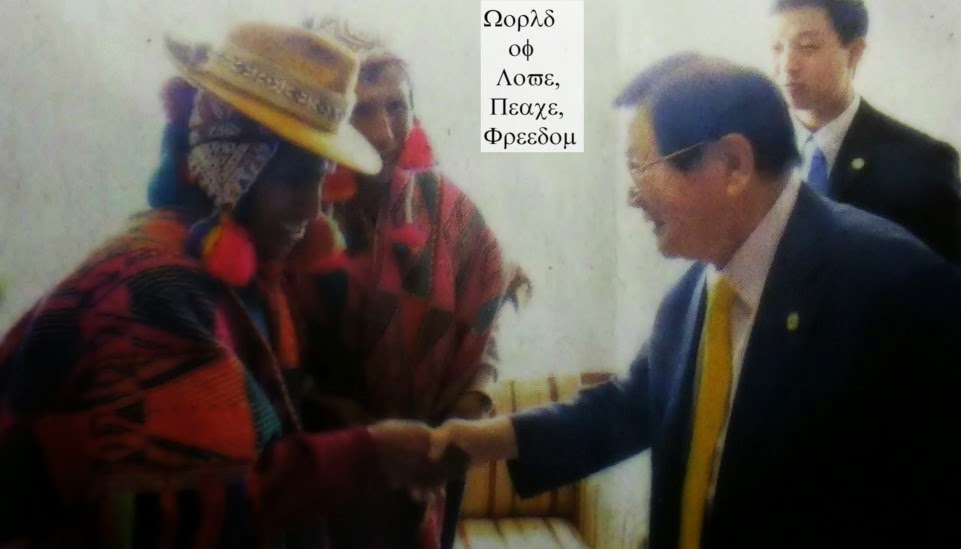 In Peru, he singed a peace treaty with the leader of the 14 million Incas, Man Hee Lee said : Many leaders already heard the news about the private peace treaty in Mindanao, the Philippines and has asked to meet me."

During his 15th trips around the global village over the last three years, he signed peace treaties with presidnets of nation states, and went on to making the beadlines by signing the peace treaty with the leader of the Roma of 14 million and the leader of the 12 million Mayan people.

During his tour to Latin America, the Guatemalan government presented a letter of appreciation for joining the two leaders of the Guatemalan government and the Mayan people in signing a peace treaty last year. Lee was also invited to lay flowers at the Monument of Peace in the presidential palace. Being considered a great honor, the ceremony was offered to world figures who made significant contributions to world peace such as UN Secretary General Ban Ki Moon and Dalai Lama. Man Hee Lee's presenting flowers at the Monument of Peace won extensive media coverage by the local press.

The representative of an international women's group who joined the peace tour to East Europe and Latin America was reported saying at an interview, "After Mr. Lee's peace movement has been reported, leaders of various countries and local religious leaders have joined in this peace movement." and "Local reaction to his peace movement was explosive, " she added.


Tomorrow will be continued
&lt;part 2. End of War and World Peace' The plea of a war veteran>