The gayageum is a type of zither with 12  strings over a soundboard made of paulownia wood. Each string is supported by its own moveable bridge, called an anjok(in Korean), that is goose foot. The strings are sounded by plucking them with the fingers of the right hand while vibrato and other effects are added by manipulating the strings below the bridge with the left hand. The sound of the gayageum is clear and elegant, and today it is the most popular of the traditional Korean musical instruments. 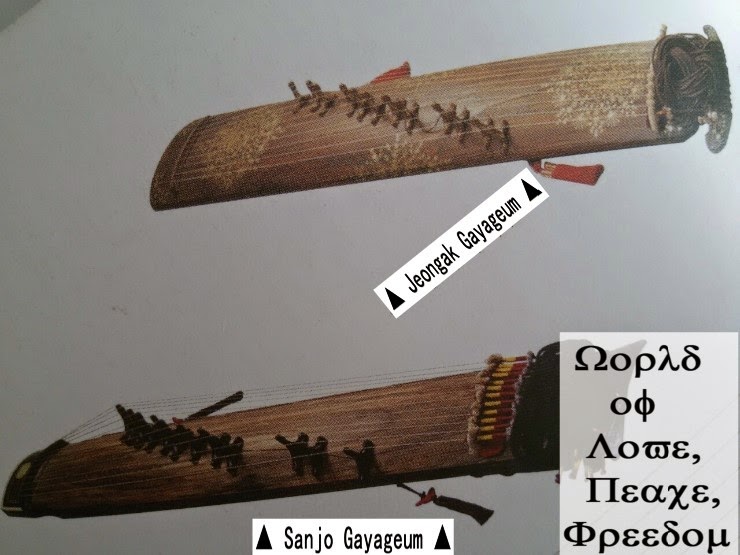 Today, the gayageum is a traditional Korean zither-like string instrument, with twelve strings, though some more recent variants have 21 or other numbers of strings. It is probably the most well-known traditional Korean musical instrument. It is similar to other Asian instruments, including the Chinese guzheng, the Japanese koto, the Mongolian yatga, and the Vietnamese đan tranh.