Peace News:
Voice For Peace,
With a Culture of Peace

The Legislate Peace Campaign to receive the public’s attention
250,000 unite to voice their positive demands for peace by adding their signatures 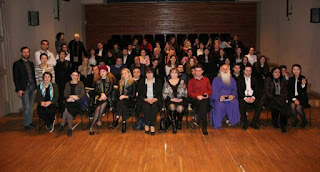 Seoul, Republic of Korea – The World Peace Gate in Seoul’s Olympic Park is expected to be filled with vibrant young people from all across Korea and from overseas for the upcoming 3rd Annual Commemoration of the Declaration of World Peace and Peace Walk on 25 May 2016.

The Legislate Peace Campaign to receive the public’s attention 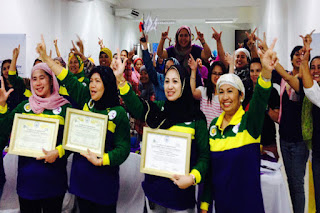 Ecuador Earthquake Relief Donation Booths will be set up to call for united actions among youth to care for people of Ecuador in their time of need.

Just last year, over 200,000 people showed their commitment for peace by participating in HWPL peace walks in 50 cities held in 30 countries simultaneously, igniting the flame of peace in the hearts of many.

This year’s commemorative event is expected to host more than 250,000 people from across the globe.

The event will highlight the global peace advocacy movement, the Legislate Peace Campaign, recently launched to bring all wars to an end by establishing an enforceable law compatible with the Declaration of Peace and Cessation of War (DPCW).

Drafted by the HWPL International Law Peace Committee and proclaimed on March 14th this year the DPCW has steadily received the public’s attention.

It represents the voices of all those yearning for peace and urges States to protect their citizen’s rights to enjoy peaceful lives.

The Legislate Peace Campaign calls on global citizens to unite as one to voice their positive demands for peace by adding their signatures.

World leaders and governments are also being called on to make and enforce a national law based on the principles of the DPCW.

Many heads of state have written letters of support for the DPCW and over 190,000 signatures from 152 countries have been collected through on and offline platforms worldwide in less than two months.

The Legislate Peace Campaign to receive the public’s attention 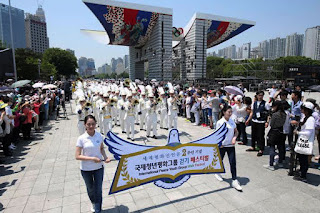 Marking the 3rd anniversary of its proclamation, the Declaration of World Peace has seen its fruit through the DPCW as the document states:

“Of what use is a young life, born in our day and age, if it is thrown away in this manner – thrown away without having had a chance to bloom?

What price can compensate for the loss of a life? … In whatever way you can, we ask that you work to further the cause of world peace and restoration, making it a reality in your direct environments.”

In hundreds of cities, including Sydney, New York City, Manila, Shanghai, Cape Town and Oakland; youth, women, and all citizens will march for peace, replacing a culture of war with a culture of peace.

The Legislate Peace Campaign will promote an online gathering for peace through its Facebook page: www.facebook.com/legislatepeace starting from May 24th.